By clicking “Accept All Cookies”, you agree to the storing of cookies on your device to enhance site navigation, analyze site usage, and assist in our marketing efforts. View our Privacy Policy for more information.
PreferencesDenyAccept

I'd love to hear from you

If you have a possible project or would just like to get in touch, please complete the form provided.

Alternatively, feel free to email me or call me.
Thank you!
We've received your message and Ant will be back in touch as soon as he can.
Oops! Something went wrong while submitting the form. 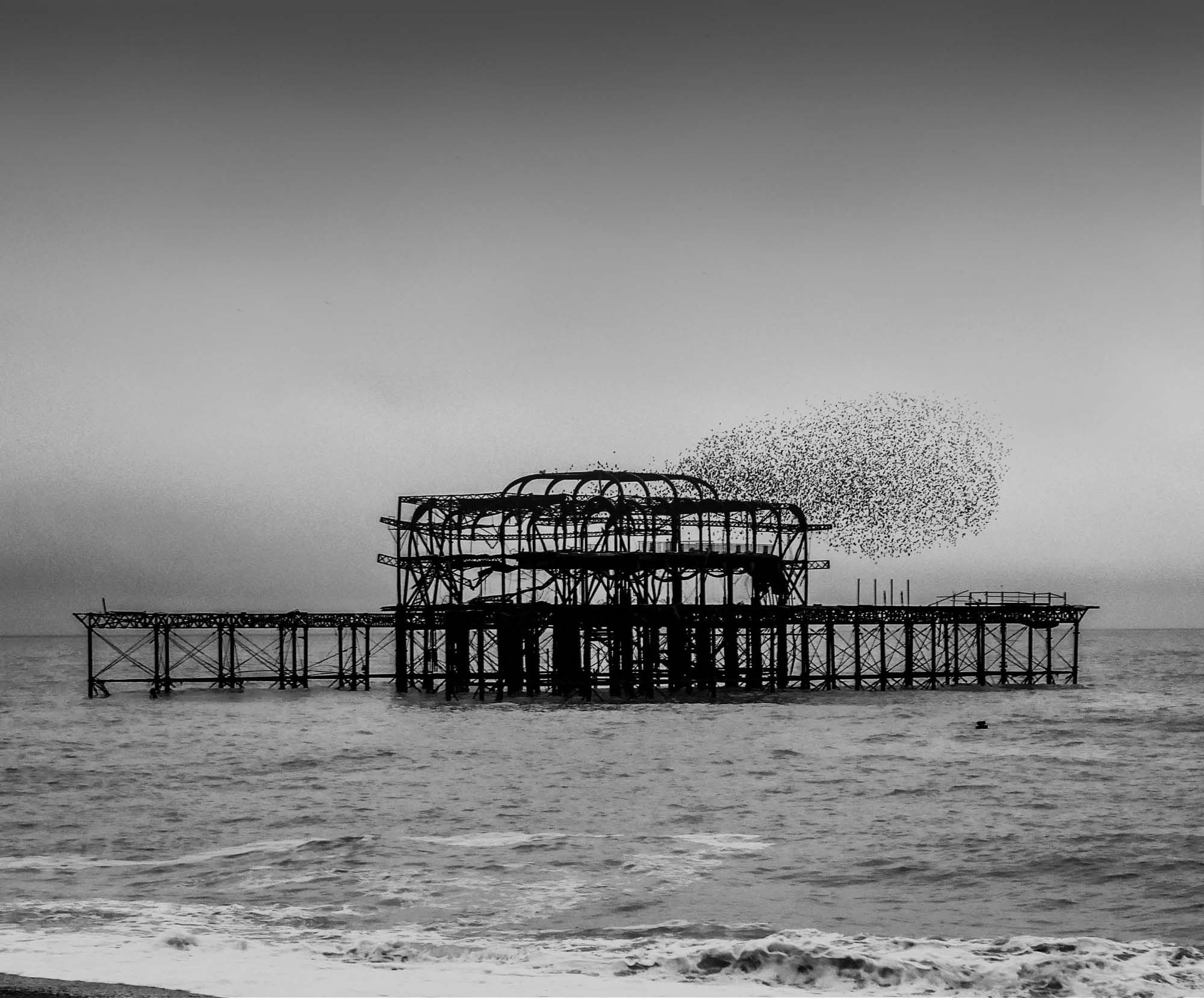 PIC: THANKS TO
Charlie Clarke

The Kidnap Negotiator, the Greenpeace Captain and the Girl in the Hut.

There’s nothing I like more than to create content by interviewing people. And over the last 20 years that’s taken me to some interesting places. Here are just three that stick out. 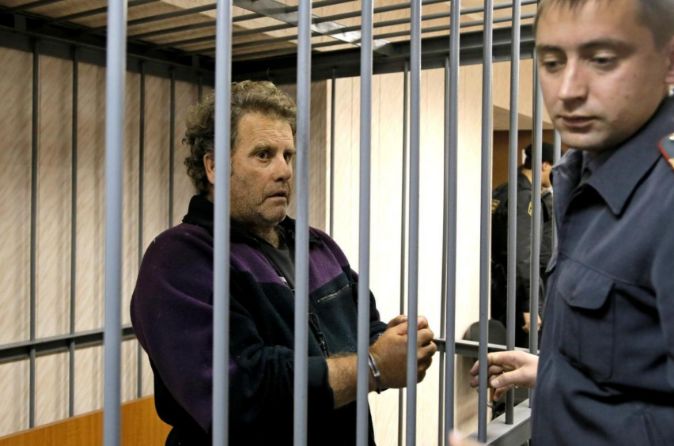 I have a client, Bellwood Prestbury, who offer high-risk insurance to businesses around the world. We decided that rather than talk about policies, we could connect with potential clients more powerfully by focusing on why Bellwood’s clients’ need protection.

This has become an annual magazine, ‘IN Magazine’ that I write and produce using a local agency.

I’ve interviewed the head of one of the world’s leading Air Ambulance operators; the people who organise entire company evacuations when things get tricky; a woman working on the front lines in Somalia; specialists who train employees on how to avoid getting kidnapped; the people who use rats to sniff out land mines. But perhaps the most memorable was a professional kidnap negotiator, Chuck Regini.

I spent two hours on the phone with Chuck learning about what happens when that fateful call comes in. How they have negotiators on standby around the world. How they manage the expectations of the kidnappers, the firm and of course, the loved ones at home. How do you really manage a ransom drop? How do you know it’s really going to happen?

We then focused on a real-life incident that occurred in DR Congo. Fascinating stuff. You could read the article here if that’s piqued your interest:‍

When you get to interview inspiring people like Greenpeace’s Peter Willcox, Captain of a ship seized by Russian paratroopers, you realise what a great job this is.

“What’s it feel like to watch armed paratroopers with balaclavas dropping onto your boat from a helicopter?”

That was my opening question to Peter Willcox, a legend in NGO circles. Captain of the original Rainbow Warrior when it was bombed in New Zealand way back in 1985, he has been a Greenpeace activist for over 30 years and has seen the inside of more jails than he cares to dwell on.

His answer: “Well Ant, that’s pretty much business as usual for us…” made me realise this would be an interesting chat.

I had been asked to create a global sponsorship product for Greenpeace International in Amsterdam, developing a communication stream that gives the donor regular updates on the victories they are helping to fund and the challenges ahead.

That’s how I ended up interviewing Peter about his capture on the high seas and his three months in a Russian jail. It was a fascinating interview that reminded me how much I love the bizarre places copywriting takes me, even if it’s through the eyes of others.

The Girl in the Hut

Sometimes I do get to physically visit people in interesting places. I quite regularly pop over to Bühler, a technology giant in Switzerland, to interview engineering specialists, chemists and IT wizards to create international content for them. I mystery shopped lots of jewellery outfits whilst working on the branding for Links of London. I’ve spent a good deal of time in board rooms, marketing departments and agencies up and down the land. But one of my must memorable visits has to a hut in the middle of nowhere, on the southern border of Nepal.

I was there with Save the Children, capturing stories for donors. We flew from Kathmandu to a tiny airport and then drove on sandy tracks for hours before arriving in a tiny village.

There, the president of the local Save the Children Child Club, a 12 year-old girl called Gamya, welcomed us to a mud hut on the edge of the village. She went on to share with us, in near perfect English, the dozen or so initiatives she and her friends had created to assert their Child Right’s.

It was astounding. Things like warning their illiterate parents that feed prices for cattle were going to go up because there was a world shortage. Creating and performing a street play that spotlighted the hidden issue of child abuse. A campaign to get better latrines in school.

Afterwards, I stood up to thank her and her fellow Child Club members. I told them that I had three daughters at home. I said that if any one of them had done just one of the things these children had done, I would be bursting with pride.

Ant’s Brand Positioning Pyramid
When I work with start-ups, small businesses, or on new products and services for established brands, I often employ a messaging pyramid approach to help focus minds on how to consistently communicate with the world.
Why Less is Mo...
You know how it is. We’re busy. We’re all inundated with digital inputs. Our attention spans are apparently shorter than the average goldfish, and dwindling by the hour.

Ant’s passion, comprehensive understanding and experience, in every single aspect of copywriting, is remarkable and contagious. His suggestions and contributions on copy and strategy are extremely helpful and insightful. Most significantly, over 15 years he has instilled all of us here with an understanding of the real value of quality writing.
Nigel Vichi, Managing Director, Mint Creative
Over the years Ant has become part of the Liquid Light team. He's not only a pleasure to work with, he’s a strategist, copywriter, SEO and brand designer all rolled up into one clever person.
Matt Keogh, Creative Director, Liquid Light
We always ask Ant to take testimonials from our clients and candidates alike.  He provides succinct and precise content and adds value by exploring clients and candidates experience of our processes and communication - he is great at providing feedback.  Ant is very professional and friendly and we’re happy to have him on our team.
Linda Sharp, Hanover Fox

The Kidnap Negotiator, the Greenpeace Captain and the Girl in the Hut.

There’s nothing I like more than to create content by interviewing people. And over the last 20 years that’s taken me to some interesting places. Here are just three that stick out.
Read more...

When I work with start-ups, small businesses, or on new products and services for established brands, I often employ a messaging pyramid approach to help focus minds on how to consistently communicate with the world.
Read more...

You know how it is. We’re busy. We’re all inundated with digital inputs. Our attention spans are apparently shorter than the average goldfish, and dwindling by the hour.
Read more...
Let's talk